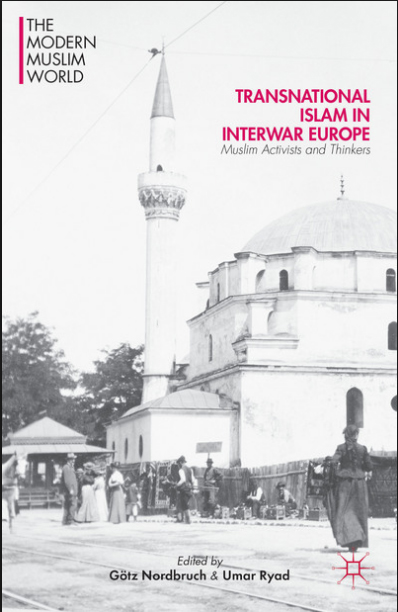 On the 15th of October, Dr. Umar Ryad presented the book Transnational Islam in Interwar Europe: Muslim Activists and Thinkers (Palgrave Macmillan, 2014), which he edited together with Dr. Götz Nordbruch. First, he explained where his interest in this topic originated. 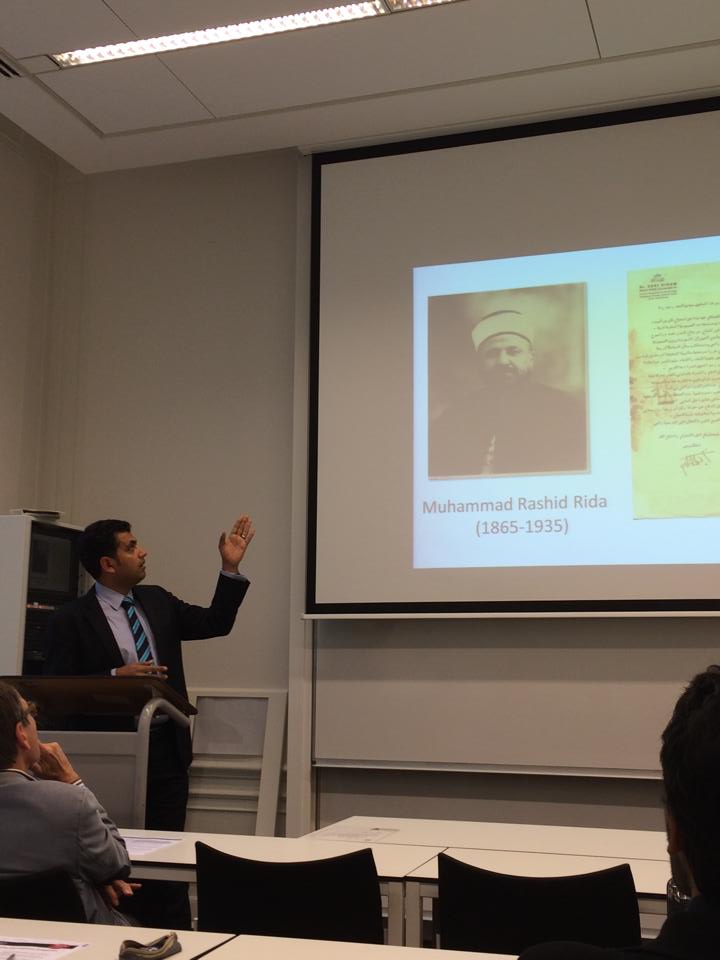 After his discovery in letters from travelling Muslim activists of a man living in Germany named Zeki Hishmat Kiram, he investigated more. Different sources described him as an army officer, others a dentist. After an exploration that eventually led to Kiram’s archive of letters and diaries in possession of his son, Dr. Ryad realised that a network of Muslims in interwar Europe was emerging from the research. These Muslims with connections everywhere, warranted further investigation. As a result, two conferences were held on the topic at the University of Leiden. This book was the outcome of one of these that was held at the University of Leiden (LUCIS) in December 2011 in cooperation with the Centre for Contemporary Middle East Studies of the University of Southern Denmark. https://www.hum.leidenuniv.nl/lucis/eerder-bij-lucis/conference-islam-interwar-europe.html 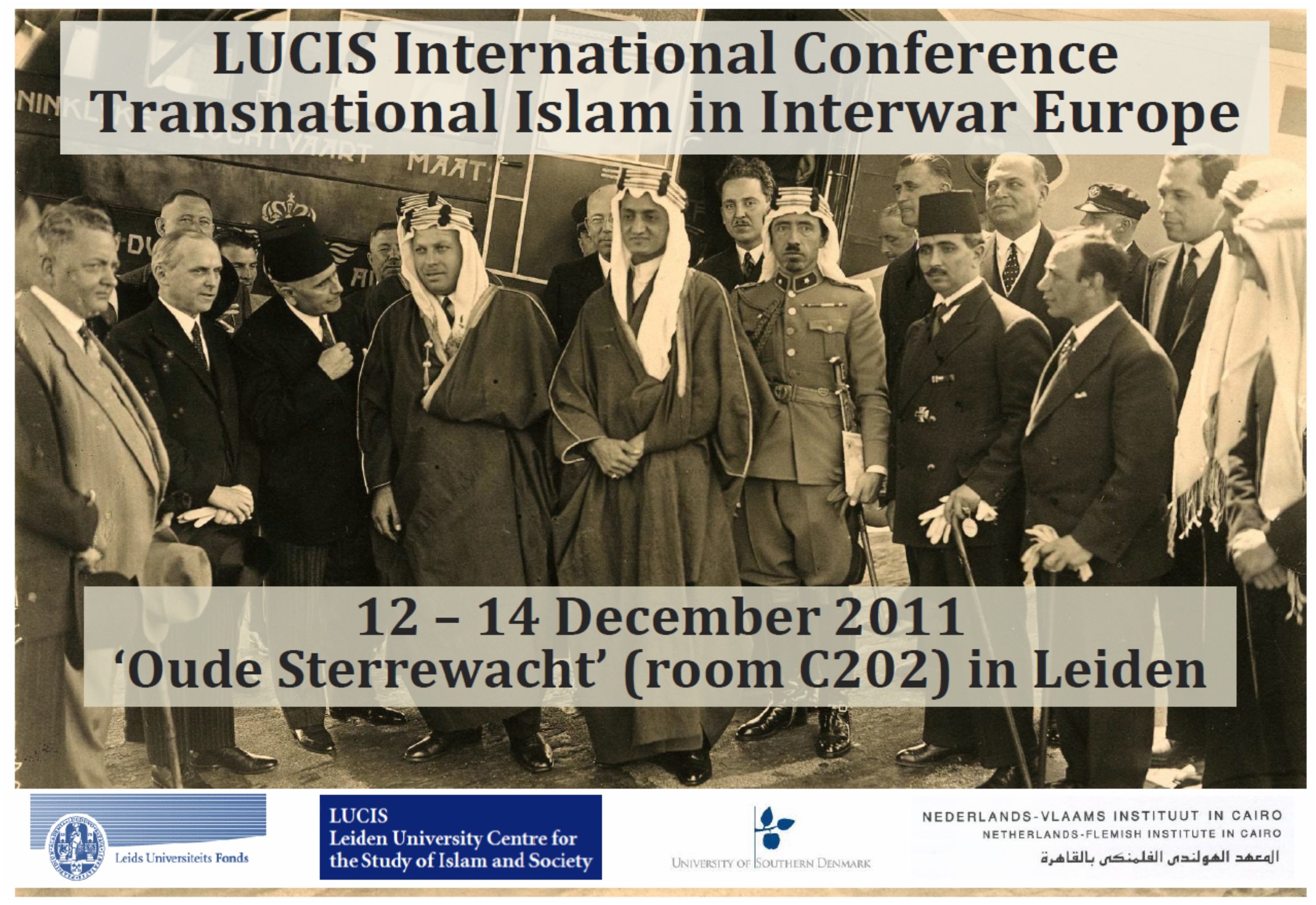 In cooperation with the BMBF Research Group Europe from the Outside, the University of Bonn, another conference entitled ‘Islam in Interwar Europe and European Cultural History’ was organized at the University of Leiden (LUCIS) in December 2012. The proceedings has been collected in an edited volume (Representing Islam in interwar Europe: A Trans-cultural Perspective, eds. Bekim Agai, Umar Ryad and Mehdi Sajid) and is accepted for publication by Brill in 2015. The current ERC-project on Muslims in interwar Europe is another in depth continuation and expansion of this research. 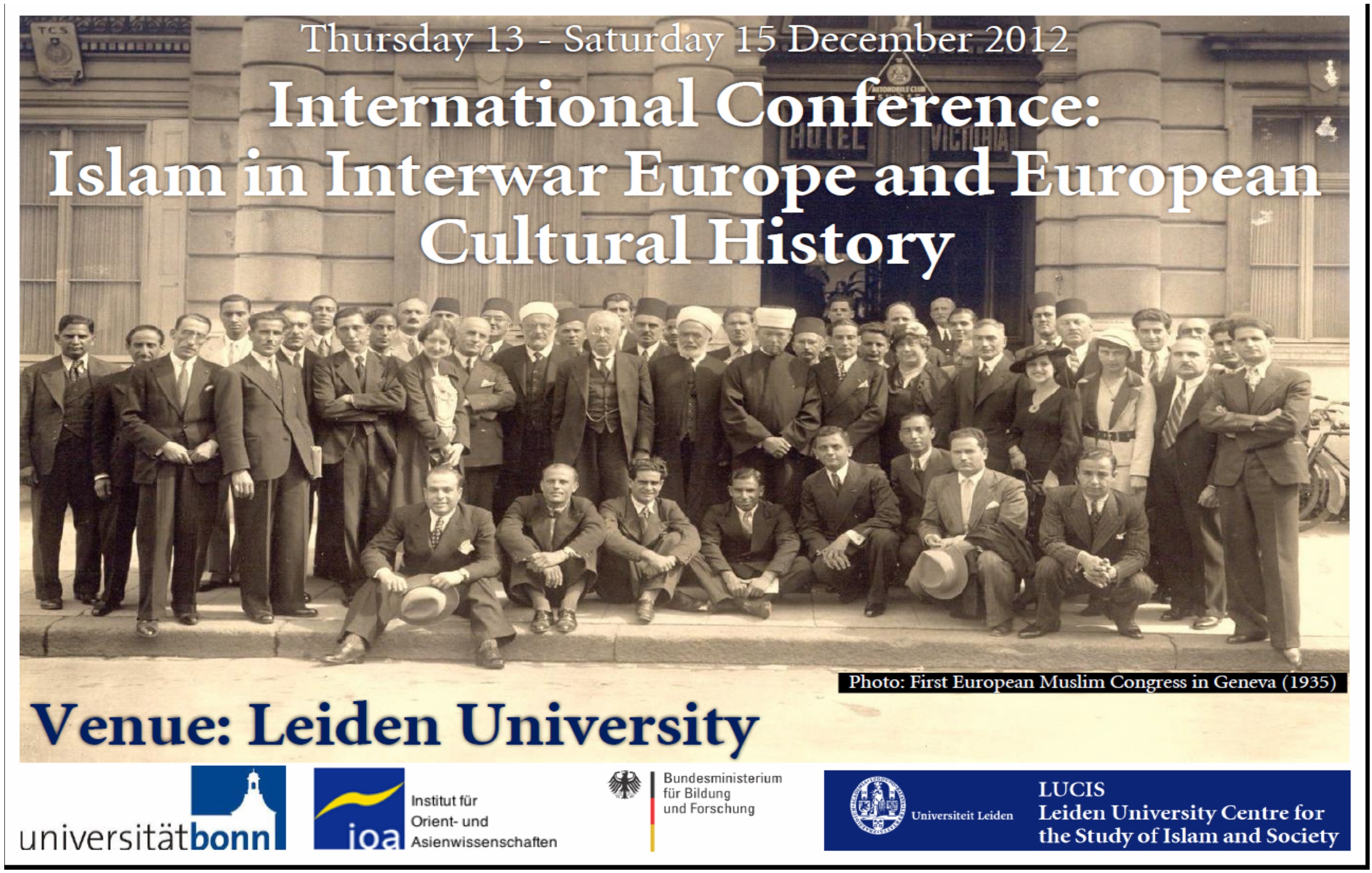 After Dr. Ryad’s presentation, Dr. David Motadel (Research Fellow in History at Gonville and Caius College, University of Cambridge) continued the book presentation by outlining his chapter in the book: ‘The Making of Muslim Communities in Western Europe, 1918 – 1939’. He discussed how during the interwar period in many Western European metropolises Muslim life thrived and Islam became institutionalized. Muslims in Western Europe started to organise themselves in this period through setting up organisations, mosques, cemeteries, and for instance opening halal butchers. 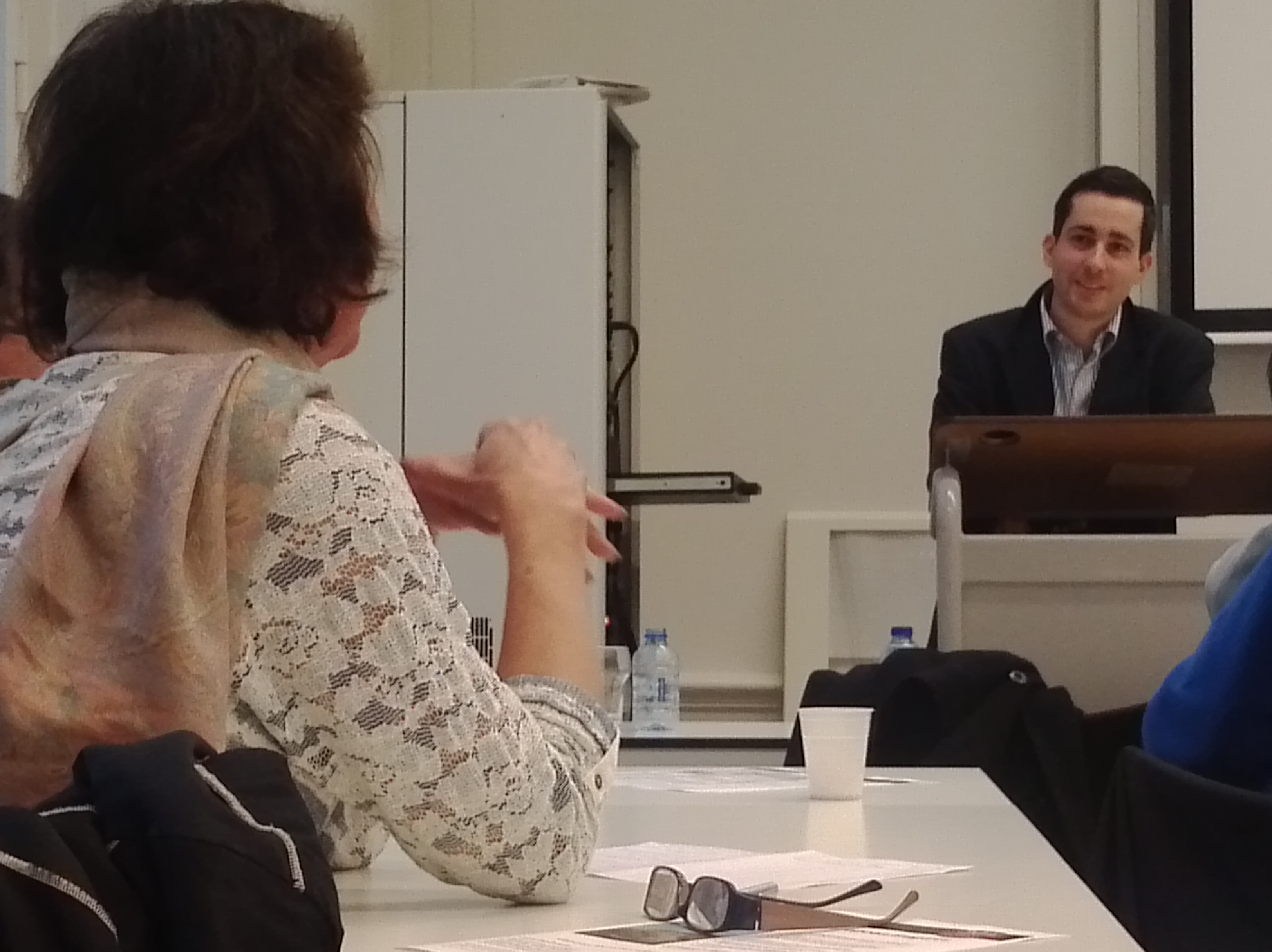 In Paris, the Grande Mosque was opened in 1926, and in Berlin the first mosque opened in Wilmersdorf in 1928. In Woking, Muslim life initially revolved around the Woking mosque, which became active as a missionary mosque in 1913. The presentation outlined the emergence of Muslim communities in these three Western European capitals. Furthermore, it gave an insight as to how to understand diaspora communities and cross-cultural migration in a global age.

Subsequently, a lively discussion followed the two presentations. Many people were present, among them some from the department of Philosophy and Religious Studies from the University of Utrecht and others from outside the UU. 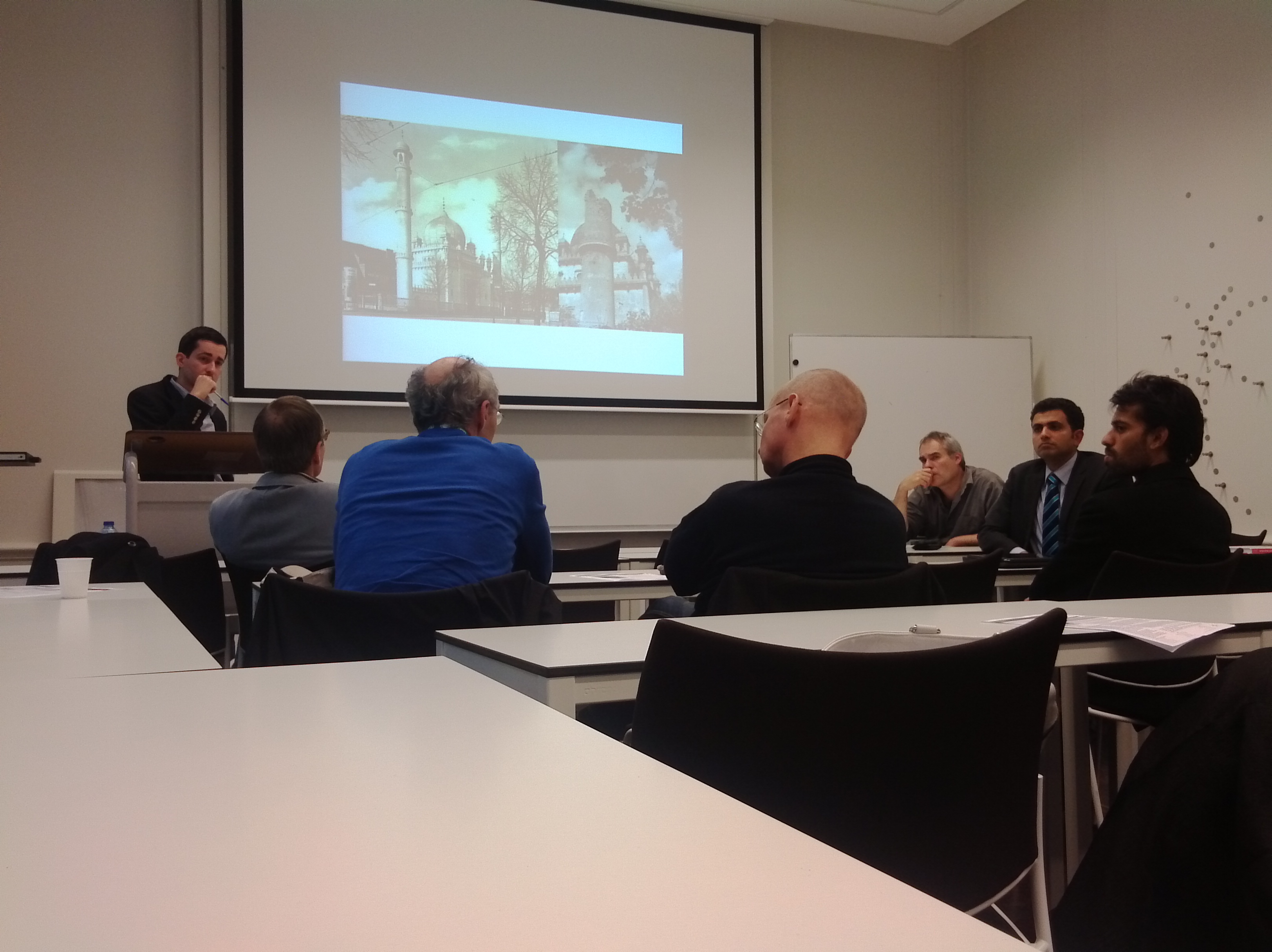 The topics touched upon included: Muslims in this period in the Netherlands, mainly Indonesian students and converts; the architectural influences of the mosques discussed in the lectures; the various Islamic-themed magazines and newspapers that developed during the interwar period and the question of a global religious discourse; and the issue of continuation between the interwar and the postwar periods. 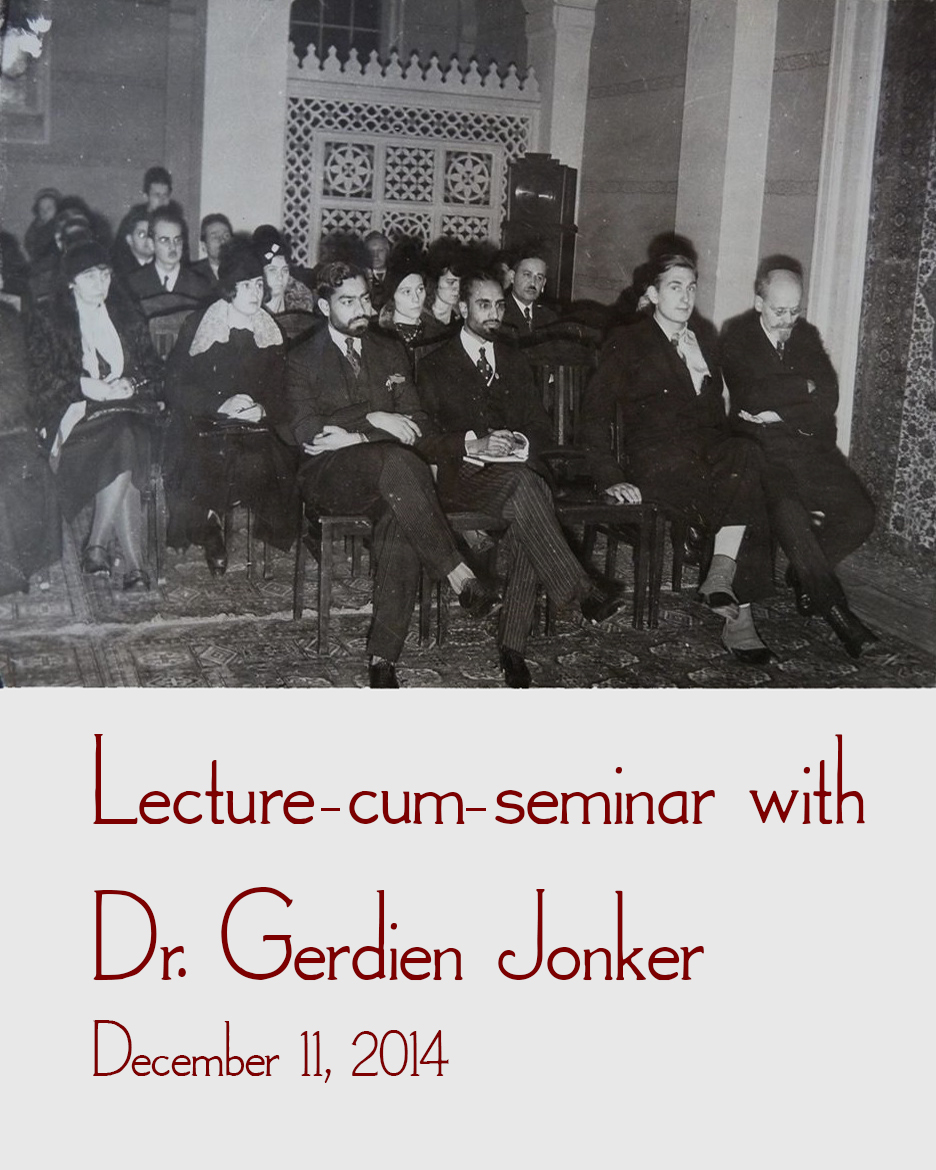 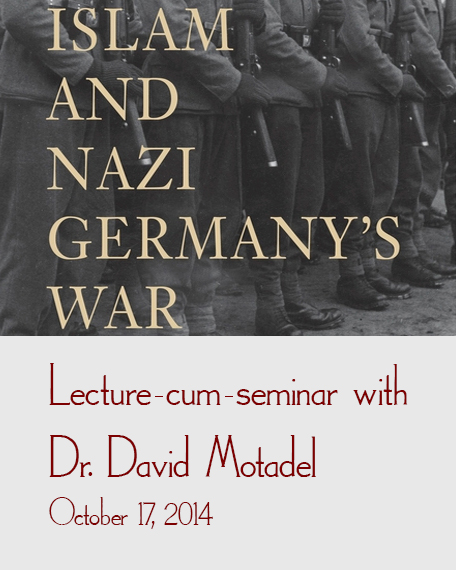 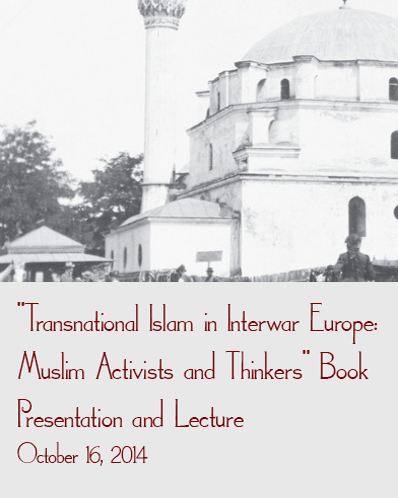 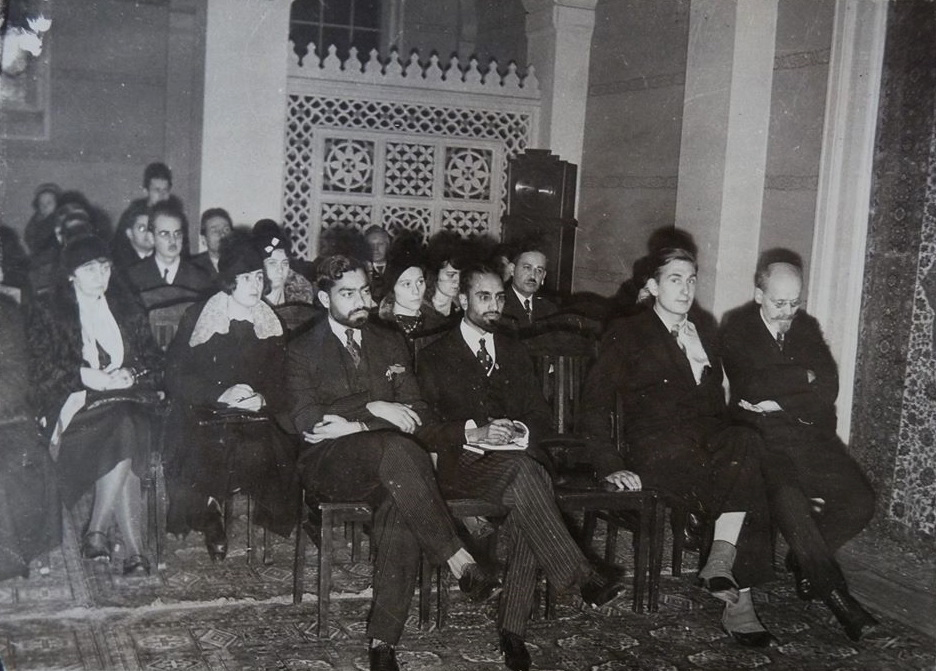